This Is Your Opinion on the SATURDAY NIGHT LIVE (Betty White)

Thanks to an aggressive campaign on Facebook, Betty White found herself hosting Saturday Night Live this past weekend. To honour this occasion (and Mother's Day), the show brought back several luminaries including: Tina Fey, Amy Poehler, Ana Gasteyer, Molly Shannon, Rachel Dratch and Maya Rudolph. Sounds like this had the makings of a stellar episode, right? Well, wrong actually. 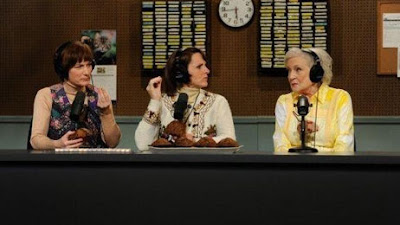 Blessed with a cornucopia of talented performers and writers, the show instead chose to have Betty White repeatedly say such comic zingers as "vagina" and "lesbian" ad nauseum. There were a couple of excellent sketches, like the reprisal of Delicious Dish with Gasteyer and Shannon and the census-bit with Fey and White, but on the whole the show fell flat.
This isn't to say that Betty White didn't deliver. She did quite well with what was given her, but you can only go so far on vagina jokes. Trust me, I know how to wear out a cheesy biscuit joke like no other. Mixing equal parts old-lady sweetness with a mischievous dirty streak, White held her own and tried to keep the material fresh and moving. But a person can only do so much with trying to tell the same joke 12 times.
It could be possible that with so many performers to work with, the writing crew was overwhelmed with what to do with everyone. Some old characters were brought back, with mixed results, and some new angles were attempted, but the show just didn't feel any funnier than a typical Saturday Night show. 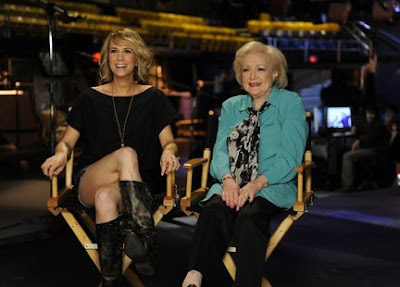 Even with heavyweights Poehler and Fey on hand, the 90 minutes lacked a certain zing. Perhaps it was just that there was so much hype the show could never live up to it, but I think a certain amount of blame has to fall to the writers. These are talented people, and more often than not they just phone it in.
Speaking of Fey, has she become a one-trick Palin pony? Her contributions to this program were not what we would expect from someone of her talent and skill, essentially acting as a bit player in a few sketches. Come on, Tina, let's see some new stuff.
Hopefully the season-finale with Alec Baldwin will make up for this business, and if he does it all in character as Jack Donaghey, I bet it will.
Posted by kanadienkyle