As a couple of new Netflix customers, AK and I have been watching Season 1 of Party Down via the X-Box. While its tough to break away from MW2 (Go Team FeaR), watching the hilarious Party Down has more than made up for my loss. 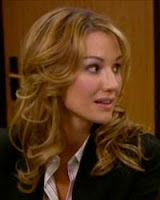 Debatin had a simila 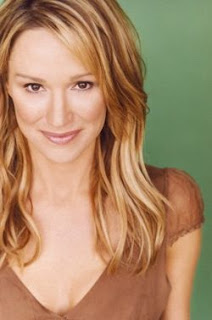 rly strong showing on The Office, where she supplied some sage advice to Michael Scott in matters of the heart. Also, she did a nice strip tease and was presented a cheque for rabies research. I like stuff like that.
The point is, she should be in more stuff. Stuff we like and watch. We have a list of favourite shows, so it can't be tough for an aspiring casting associate (ahem) to work Ms. Debatin into something. Clothed or unclothed, we (I) will watch. In addition to her good looks, JD has excellent comic timing and a voice that could suit many roles.
In summation, more Jackie D., s'il vous plait.
Posted by kanadienkyle

Email ThisBlogThis!Share to TwitterShare to FacebookShare to Pinterest
Labels: Jackie Debatin, Party Down, The Office