My sister, Erica, is a Casting Associate on Criminal Minds (she also just finished up an unbelievably busy casting session for the spinoff with Forest Whitaker).  We would probably watch the show anyways, but we're obviously much more interested in it thanks to her and her behind-the-scenes anecdotes.  So, whenever we do a recap for CM, we'll post what we know that maybe you don't.
This week's episode is a rerun thanks to the Olympics, but we'll kick off with it anyways to get our CM juices flowing before next week's new ep (directed by Matthew Gray Gubler - we have lots of fun stories about that one).
Okay, let's jump to it:
The show opens with a teenage girl delivering a baby in a dark cell.  Moments after the baby arrives, a guy comes and takes it away, despite the cries of the mother to keep it. 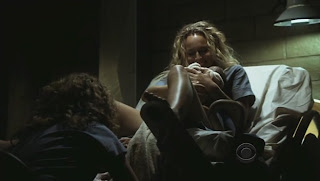 I'd find a new gyno.
Here's what my sister had to say about this scene:

Probably the best story from that ep was this one little 16-year old who we read for the opening victim (the girl in the teaser of the show who gives birth.) The scene was LONG and it was entirely them giving birth, screaming, bearing down, counting to ten, etc. And granted, since these girls are 18 and under, one would hope that they wouldn't actually know what it's like to give birth, so they wouldn't necessarily understand what it means to "bear down."
So, this little lady comes in, all perky and spunky, full of energy. She sits down in the chair, asks for a second to "get in her mental place" before she begins and we say, "Of course." And before we know it, she lets out this BLOOD-CURDLING scream. So loud, SO high-pitched. This girl was clearly a singer and the "note" she was hitting was a high G. She would let the scream drag out, then come down from it and count/bear down and then let out another ROAR of a scream. And it went on. And on. And on. Finally, the scene ended, and she popped right back to her usual energetic self, said, "Thank you very much!!" and hopped on out the door. Our ears were ringing for the next 20 minutes. (Note from Amanda: They didn't cast this girl for this ep - Erica said they went for someone with more experience and a lower lung capacity.)

We cut to the office (Which, by the way, is set up like a real office.  When you walk onto the set, it feels like you could sit down and get to work...except that there aren't any computers plugged into the monitors), where JJ and Hotch are working in the dark (as usual - apparently the federal government frowns on too many lights).  The Section Chief shows up and speaks to Hotch in private, and JJ does her best to pretend like she's not trying to listen in.

For being in the FBI, she's not very sneaky.
Morgan arrives at work under a barrage of email fire from Hotch.  For the rest of the episode, Hotch is all over Morgan's ass about doing this and doing that and getting his work done. 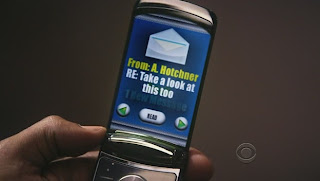 Notice that Morgan never presses the "Read" button.  I do this to my boss, too. 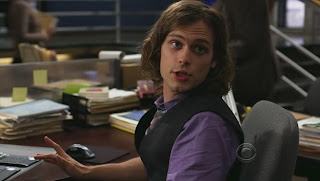 This is the prerequisite "See how smart Dr. Reid is" line.  This week, it's about Carl Sagan.  Ho ho!  He's a genius!
Now the case:
Three blonde, blue-eyed female bodies have turned up in New Mexico.  All were kidnapped, tied up and held for an average of two years.  They were strangled and dumped after just giving birth.  To New Mexico! 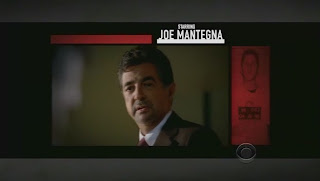 I love Joe Mantegna.  He is the nicest man in the entire world.
Rossi and Hotch visit the medical examiner, who tells them that all of the girls were given pitocin and other prenatal vitamins/drugs.  All of the girls were former drug addicts that had been cleaned up before being knocked up and knocked off.

Look how healthy she looks!  Minus the untimely death, of course.
Since the medical examiner and the dump site provide no evidence to point to the killer, they decide to follow the trail by seeking out the babies.  The call up the parents of the first victim, and get their permission to dig up their daughter and search for DNA.  They say yes and are excited about the possibility of a granddaughter. 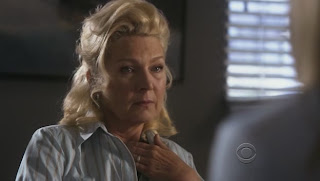 Diana Scarwid!  AWESOME!
So, they dig her up, and this time the medical examiner finds something. 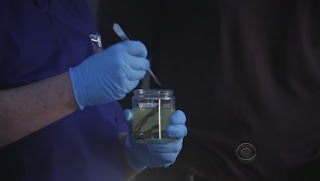 "My bad - I missed this gigantic umbilical cord the first time."
Garcia discovers that this baby was a blonde-haired, blue-eyed girl, which are the most valuable on the adoption black market.  To the adoption black market!
Meanwhile...
A crack addict named Julie (Played by Mae Whitman, of Arrested Development "Her?" fame - two nifty actresses in one episode!) is picked up by a teenager-age dude who talks to her about God before sticking a plastic bag over her head to make her pass out and handing her off to another guy. 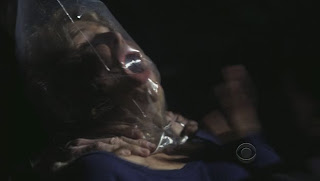 Dear Diary, today I learned a valuable lesson about guys who hang out in dark alleys.
Back in the daylight, Garcia types in  her incredible database of unattainable information and finds the baby girl in Arizona, not New Mexico.  Ah ha!  Turns out, the baby was abandoned at a church and NOT sold on the black baby market.  Talk about throwing money down the toilet!  This clues the team in that the caretaker is a woman, but the torturer is a man.
Time to set up a married couple profile. 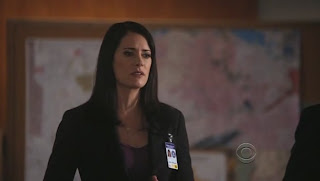 Whatever she is saying here will exactly mirror the killer and his wife.
At the same time, Matthew works out this Presbyterian Church Venn Diagram to pinpoint the neighborhood where the unsubs live, and unwittingly (amazingly enough) uncovers the fact that all of the discarded babies were girls.  Like China, this couple only values the boys.
JJ calls in the first victim's parents to tell them they are about to get a little girl.  They are thrilled, but Diana Scarwid worries that they will be taking the baby away from the only parents she's ever known. 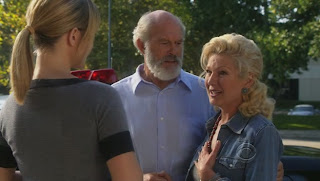 Like the black market, JJ also deals in babies.
Julie wakes up in a basement cell strikingly similar to the one at the beginning of the episode.  The girl in the next cell, Carol, explains that the couple wants boy babies.  If she (Carol) gives birth to a boy, they are both fine.  If not, she dies and it's Julie's turn.
The team finds out that the victims were all given a strange cocktail of drugs to help them get pregnant.  Not fertility drugs, but chemo drugs.  They compare this to Dr. Reid's diagram, and find a woman dying of Stage 4 Breast Cancer.  Coincidence?  They think not.
Carol goes into labor, and tells Julie that she has to deliver the baby. 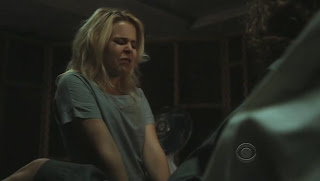 Yucks.
It's a boy.  The couple takes the baby.
The team saves the day and returns the baby to his actual mother.  They also find another little boy living with them. 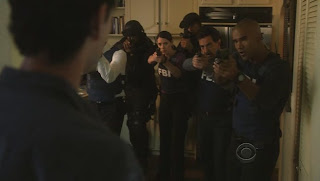 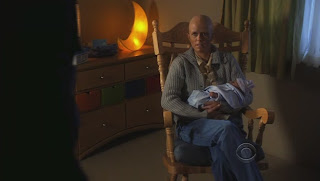 "He'll always remember you as the nutjob who forced his mother to give birth to him."
Back at HQ, the grandparents let the adoptive parents keep their granddaughter, but are given a grandson in trade.  Sweet!
To wrap up, Hotch tells Morgan that he's under investigation for all of the shit that went down in Season 4, and so he's stepping down and moving Morgan into his role to keep the team together.  That explains the tough love - Oh, Hotch. 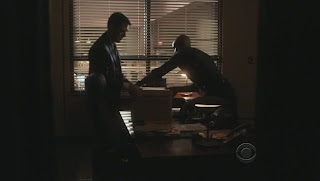 Seriously, where are the lights in this place?
The end.
Posted by Amanda