The purpose of this post is to let you know exactly where I am coming from in terms of movie and television reviews. Since the heady days of Friends, I have always liked the idea of The List. You know, the one where Ross gets to decide on 5 guilt-free bangs, should he happen to meet any of the chicks. Of course he meets a former member of the list (Isabella Rossellini) shortly after taking her off the list, and she is unimpressed by his impassioned pleas. Basically, Geller gets Rossellini blue balls.

Anyways, I doubt you want a Friends recap, especially one featuring Ross "Capt. Sobel" Geller. So, without further interruption, here is my list and yes, it is LAMINATED!: 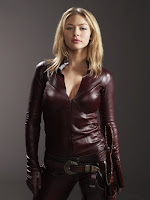 ell- a semi-obscure Australian actress and model, Tabby debuted on my list at #1, shortly after I saw her on Legend of the Seeker sporting a blood-red leather onesie. She is hot, obviously, but has some acting chops as well, and is the undisputed master of the eye-roll. Images here. 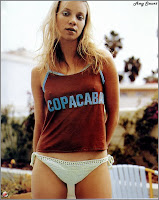 - The former Miss Kosior Laminette was unceremoniously dumped after the red leather incident on Legend of the Seeker. That said, she has occupied a spot on the list for years, mostly due to her fresh-faced, regular girl good looks and her body, ahem, of work. Favourite Smart-films include Cranks 1 and 2 and Road Trip. Images here. 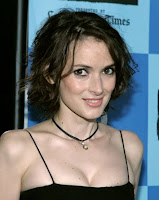 Ryder- I am really a pretty loyal guy, so I have to stick with some the old-timers on my list. Excluding anyone on the list from the pre-teen years, which would have likely seen Megan Follows, Catherine Bach and that Ashton chick from the North and South mini-series (and maybe Markie Post), Winona has been around for a long time. Two words: big cans. She has aged well and has a nice touch of crazy. Images here. 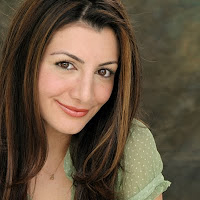 Pedrad- Another very recent entry on my list. I like her exotic look. That's about the long and short of it. I could blow smoke up your ass about her acting, her comedy or the fact that I am Canadian and thus should be pre-disposed to multi-culturalism. I won't. She is hot and I want to do her. Also, my sister-in-law knows her and won't hook me up. WTF. She is on THE LIST, Erica. Images here, since I am getting no cooperation or up-skirts elsewhere.

Beaufort- I am sure you haven't heard of her, so look at this:

I bought my father-in-law this movie so he could enjoy it too. Rarrrr. More images here.

e Laurent- Seeing as how I am pretty fickle, she is also new to the list. The hotski Shoshanna from Inglorious Basterds, she piqued my interest because she is French and she looks dirty, figuratively and literally. Images here. 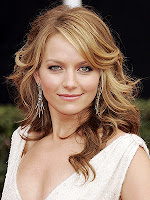 ton- See the good parts about Melanie, minus the French. DTF, if you ask me. Images here.

Deschanel- I first noticed her in Elf, but I was at that movie with an ex-gf and my mom, so I didn't take any detailed notes. Since then, she has just continued to improve and falls into the Amy Smart regular-girl hot category. A bit of a hipster so I am sure she smells and can tell me about Fair-Trade coffee, but I am willing to look past it. Images here.

Hendricks- I am sure this one doesn't need any 'splainin. BOOOOBS! Images here. 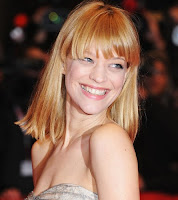 Just to clarify, if any of you lovelies is reading this, let's talk. My wife is down and I like to party. 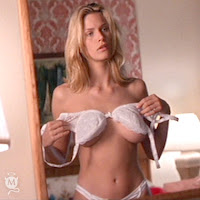 to us at the Olympics. There are several candidates that would qualify; Rachel MacAdams, Carrie Ann Moss, Gabrielle Miller, et al. I have to go with Natasha Henstridge just because I once sorted of dated her alleged cousin, who always wanted to make out while watching Species. That's weird, right?

Next up: Hot Curlers, The Hurt Locker and a review of this weekend's Legend of the Seeker
Posted by kanadienkyle