My darling husband explained the purpose of the list in his previous post and so, with no further ado, here are the top ten guys I fantasize about during sex find extremely attractive: 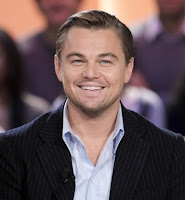 1. LEONARDO DiCAPRIO: I received a 6-foot Romeo and Juliet poster for my 16th birthday that hung on my bedroom wall until I was about, oh, married, and I would lie there and blow kisses at him and dream about all of the witty things I would one day say to him: "Yes, I DO think your hair is shiny and soft"..."No, I DON'T think you squint too much." Now, a billion years later, he's closer to 40 than 30, his hairline has started to recede (thank goodness it's a shorter 'do), he's gone through multiple paunchy stages, and I still dig him. I drag my husband to all of his movies (blessedly, they have gotten better than The Beach) and giggle whenever I see him at an awards show. I'm no fickle bitch. I stand by my teenage crush (And frankly, I like him more now as grownup. He's become a person of substance instead of just a cute face). 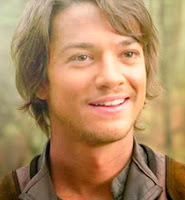 2. CRAIG HORNER: Speaking of cute faces - Craig Horner (who plays Richard Cypher on Legend of the Seeker) is my kind of woods-guide-turned-hero. He's so young that he can only grow half a beard, but not too Zach Efron-y young to make my list. He’s dreamy (and much more so now that they made him grow out his hair and gain 10 pounds). I love the Aussies. 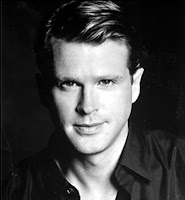 3. CARY ELWES: How can you watch The Princess Bride and not be madly into Cary Elwes? He’s a lot older than me (I just IMDB’d him and he’s only a few years younger than my parents – that’s probably just as bad as my having a cougar crush on Efron), but I still like how he looks like a Southern gentleman and sounds like a British snob. Did I say that I am a fan of the Aussies? I also have an uncomfortable crush on the Brits. 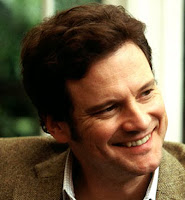 4. COLIN FIRTH: Man, is anyone on this list an American besides Leo? Colin Firth, British, Pride and Prejudice, blah blah blah. The ladies who love Colin will agree that he’s sexy enough that he doesn’t need me to list his attributes. Between Hugh Grant and Colin Firth, I’d take Colin any day. 5. EWAN McGREGOR: Oh, Ewan. You’re such a weird duck. You have a seemingly-open marriage (DON’T GET ANY IDEAS, KYLE), you are extremely comfortable making out with dudes, and you are one hot piece of ass. Somehow, you got me to sit through Jar Jar Binks. Now THAT’S some good acting. 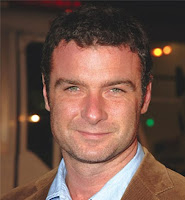 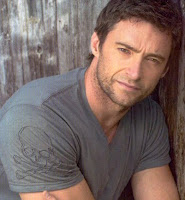 7. HUGH JACKMAN: Seriously, Australia – good work. I originally had Craig Horner and Hugh flip-flopped on the list, but it really doesn’t make a difference. Hugh is Craig with some chest hair (oh, man, that chest hair), 20 years of experience and cute kids. 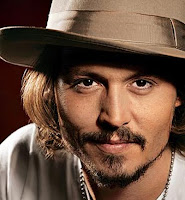 8. JOHNNY DEPP: If you are a heterosexual woman and you don’t have Johnny on your list, you need to seriously reassess if you’re attracted to men at all. And if you don’t think that personality has anything to do with how handsome a fellow ranks, find the video where Keisha Castle-Hughes meets Johnny Depp for the first time at the 2004 Oscars. Cutest.Reaction.Ever. (A side note, Johnny was higher on the list until he came out in support of Roman Polanski. Any other guy would have been dropped off entirely.) 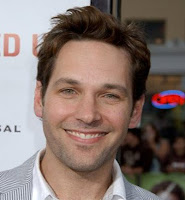 9. PAUL RUDD: Paul Rudd fits into the “Looks like a nice guy and is probably a lot of fun to be around” category. And, at the end of the day, those two personality traits are much more important than Hugh Jackman chest hair (wait, maybe not) and chiseled good looks. Not that Paul isn’t a doll – he’s extremely cute (and seems attainable – it’s harder to picture myself eating Cheetos with Johnny Depp). By the by, Jason Bateman fits here, too. I’m sure when the Arrested Development movie comes out, I’ll swap Paul for Jason. 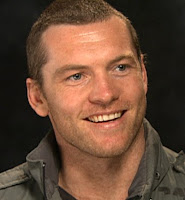 10. SAM WORTHINGTON: My husband was a volunteer fireman back in Canada. I think Sam Worthington looks like he could be a fireman. I love firemen. I’m not even sure Sam can act (although I liked him better than Christian Bale’s character in Terminator: Salvation), but he seems like he can fight fires, and that’s good enough for me. (I also secretly think he looks like Kyle a little bit, but I’m sure KK would disagree).
Posted by Amanda