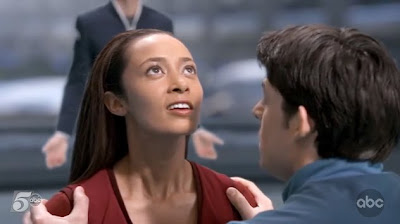 The Fifth Column / No Bliss = The Red Pill / No Matrix. 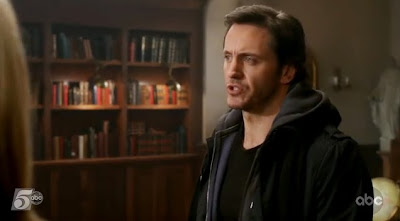 Now that his new best friends have outed his topsecretBritishterrorist hiding spot and rendered him homeless, Kyle (Charles Mesure) is living in The State of Cranky Pants. 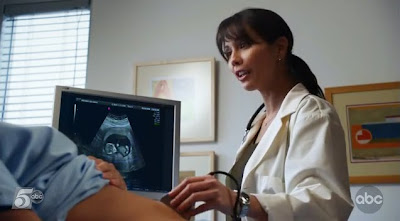 Valerie (Lourdes Benedicto) is too happy to realize that the fake ultrasound the V doctor is showing her is not only not her baby, but it's about 2 months farther along than any other 6-week old baby in the history of ultrasounds. 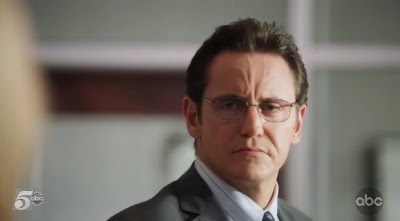 All it takes to sneak into the FBI is a pair of glasses, an American accent and a nametag.

KYLE: "I'm going to sneak onto the V ship, just like I did with the FBI."
RYAN (Morris Chestnut): "Oh, so you're going to change your core body temperature and learn to speak V and cover your alien skin with fake human skin?"
KYLE: "Um, totally." 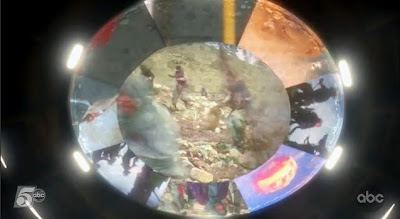 To confirm that all aliens are Anna's brand of crazy weed out the Fifth Columners, Anna (Morena Baccarin) shows all of the Vs a series of graphic images. 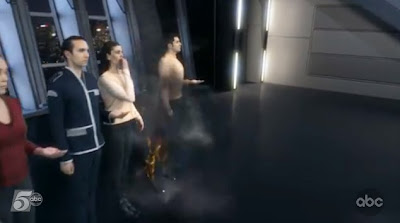 Turns out, Anna's evil brain scan is even more even than some of the regular ol' Vs.  So she decides to scrap the test.
Just kidding - she kills everyone. 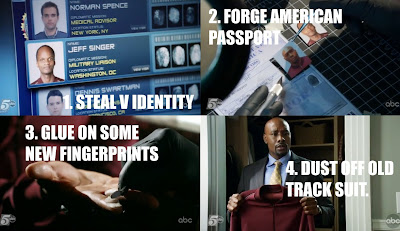 It's pretty tough to get on a V ship. 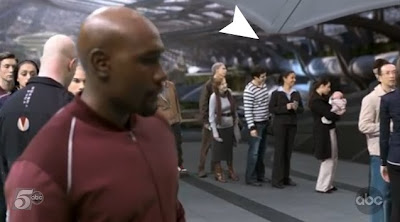 Unless you just walk on like ALL OF THESE HUMANS. 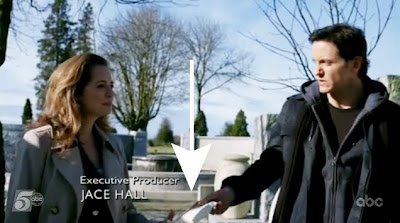 Kyle pays a private detective a gigantic wad of cash in order to learn that Erica (Elizabeth Mitchell) is a FBI agent, Father Jack (Joel Gretsch) is a priest, Georgie (David Richmond-Peck) is a wacko, and Ryan is a stockbroker.  Money well spent.

Erica's babydaddy, Joe (Nicholas Lea) is a hot piece of ass with old man hands.
(PS - they broke up because of some big secret that they have been keeping from their kid.  More on this in the next episode.) 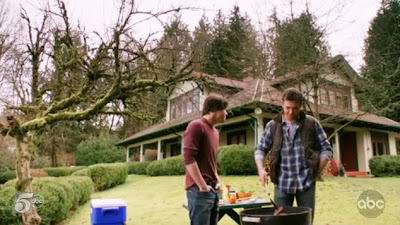 Erica sends Tyler (Logan Huffman) to live with his dad so that he doesn't find out that people can live on the V ship.  You see, Joe's vest and barbecue mean that he lives in a world without television, radio or newspaper. 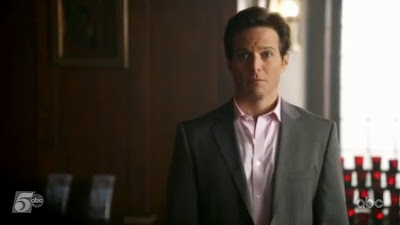 Chad (Scott Wolf): Trusts the Vs enough to cure his brain tumor, but not enough to avoid spying on them for Father Jack. 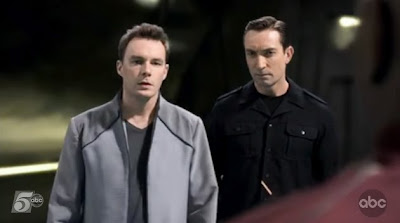 Ryan, Joshua (Mark Hildreth) and this other dude have a little Fifth Column party after Ryan finishes stealing some phosphorus and failing the video exam. 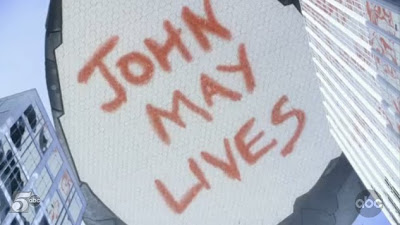 The Fifth Column embeds a message in Anna's worldwide conference call.  Good choice on the message, too, since humans will definitely get that. 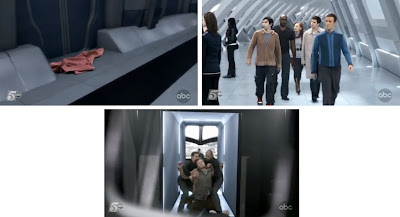 You can't just walk off a V ship.  Instead, you need to 1) litter a piece of traceable evidence, 2) pose as a human, and 3) get your friend captured by torturous aliens. 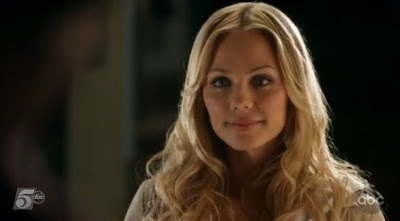 Lisa (Laura Vandervoort) sluts it up. 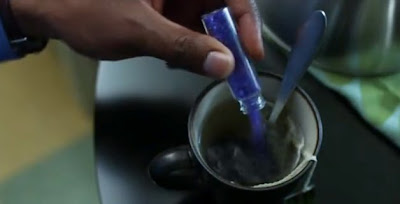 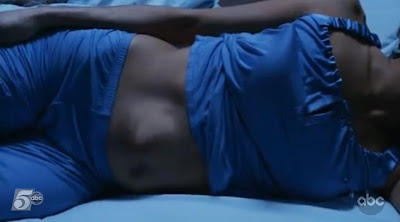 It's sure going to be a fun surprise when she delivers a baby with a tail.
Posted by Amanda