Catching Up: THE OLYMPIC CLOSING CEREMONY

AK and I have wanted to start this blog for some time and really had no excuse not to make it happen. Strange, though, that we waited until the Olympics to start it, since there have been a total of about zero new shows the last couple of weeks. In light of that fact, I will do my best to do a brief catch up to make us current. 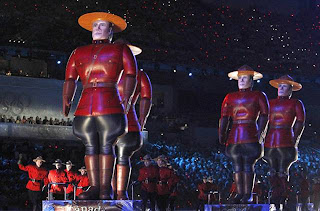 Before we do that, though, I want to comment quickly on the Olympic Closing Ceremonies. Maybe this makes me a bad Canadian or something, but I loved the closing ceremonies, minus the wooden speeches, of course. To me, the fun spectacle that was the Closing Ceremonies was a much better representation of Canadiana than that self-important bullshit about multiculturalism. 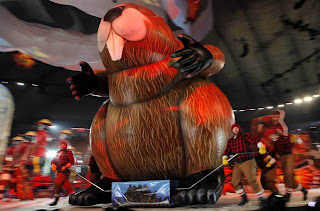 If they were so worried about presenting the canned, Pierre Trudeau-approved, version of what some people wish Canada were like (and ignoring reality, history, good-taste, etc.) then why not have any inclusion of Quebec culture. Did they even mention Ontario? No, instead they went with what looked like post-apocalyptic Newfoundlanders dancing and fiddling while Peter Pan? flew over the Prairies, with nary a combine in sight. Did they even mention Ontario? WTF was up with neckbeard? 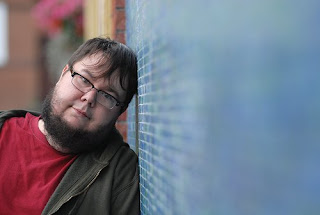 The finale was perfect for me, despite the jokes that fell flat (though count me a fan of Catherine O'Hara's entrance) and the Avril Lavigne medley of pre-teen angst songs. The Mounties, Buble (with The Maple Leaf Forever!), the GIANT BEAVERS, the strippers/maple-leaf girls and the table-top hockey players were fun and enjoyable to watch. Everyone could identify with this and I doubt the ceremonies left anyone scratching their heads wondering what the heck had happened. PLUS, Catriona Le May-Doan finally got to light her cauldron, which was a nice touch. I was also impressed with the hand over to Sochi, lets hope they do as a good as Vancouver. 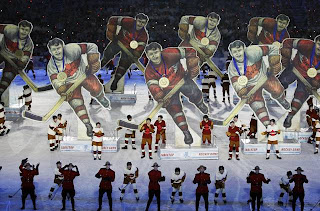 Finally, and most importantly, did Alanis (Too Hot) Morrissette get new boobs? 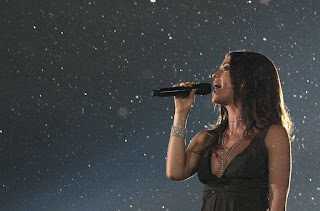