This is Your Opinion of HOW TO MAKE IT IN AMERICA, Episode 4

As you may have surmised, AK and I are a little late to the party in terms of when we get to see How To Make It In America. We missed Episode 4 and it took a couple of weeks until one of us remembered to record in on our DVR. 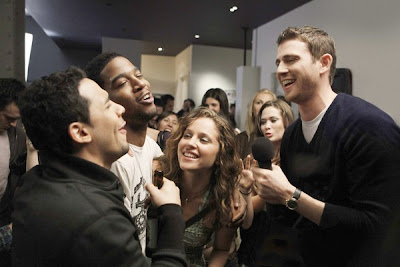 Episode 4 is entitled "Unhappy Birthday" and it revolves around how Ben is dealing with the fact that it is Rachel's birthday and that they are no longer together. He seems to be doing well but has planned a boys night out with Cam and Kappo (Eddie Kaye Thomas) to keep his mind off Rachel.
Rachel confides in Edie (Martha Plimpton, the best part of this episode) that she too is a little worried about spending her first birthday without Ben. Ben calls to wish her a happy birthday and she impulsively invites him to her birthday dinner, thinking her new boyfriend will be in London.
SURPRISE! The new boyfriend cancels last minute and Rachel tells Ben he will be there. Ben decides to blow off the dinner and hit the town with the guys, as he had promised Kappo that he would get him into Avenue, a club that apparently did not want Kappo as a client. The guys hit the club (after Cam gets someone to fill in for his bartending gig) and by all accounts have some good times. Kappo wears down the resolve of a model? and Ben skips out a little early to try and get to Rachel's party. He doesn't make it, but does see her and the new dude on the street. He wishes her a happy birthday and then heads back to Avenue with the guys.
As you may have noticed from reading this or watching the episode, not much happens. Amanda called it the status quo episode. I suppose they were attempting to flesh out the characters a little more and to deepen the storyline about Ben and Rachel. In a narrow sense, they accomplished their goal, but in the big picture, this just felt like 30 minutes of wasted time.
Martha Plimpton was awesome once again, and Kappo played the role of douchey Wall Streeter to the hilt. There was a little foreshadowing in the subplot of Cam and his bar tending gig, but I fail to see how it will materialize in any meaningful way. Also, where the hell was Rene (Luis Guzman)?
The main characters are still fun to watch, especially Cam, who has an endless supply of infections exuberance. Ben is even starting to grow on me. Rachel, meanwhile, is completely vanilla. She seems to have no range of facial expression, and even her boyfriend (whom I believe we are supposed to dislike) is incredibly boring. Come on, this is HBO! Make him a villain. 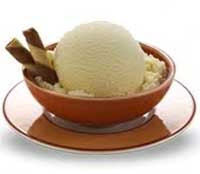 All the same, the show is still fantastic and we eagerly anticipate Episode 5! Watch this space for more tomorrow.
Posted by kanadienkyle