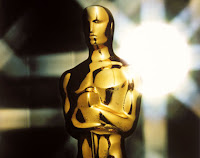 When I was about 8 years old, I fell madly in love with the Oscars. I loved the clothes, the excitement, the speeches, the reactions, the movies, the whole shebang. I taped them every year for over a decade, and would watch them back the way other people would watch family videos. I loved them so much that I actually chose my college major (Public Relations) because I (then) wanted to one day be the one to plan the awards show. I know, it’s all very weird. We all know I wasn’t, and am currently not, cool.
But cool or not, there is no one who knows more about the Oscars than me. Seriously.
Well, maybe some Oscar historians (and yes, there are such a thing), but besides them, no one but me.
Which means that my opinions on the Oscars mean more than everyone elses’. And here is what I thought:
What I liked:

All in all, it was a great show, and if I still taped the Oscars, this one would be a re-watcher. And how nifty was it that Kathryn Bigelow/The Hurt Locker won over Avatar? The movie was definitely worthy, but it was even better to see J. Cameron’s half-ass attempt at a smile when she swept. Hilarious.

PS – Hey, Pre-show. You used to only show the celebrities hobnobbing around in a third-person-eye-in-the-sky kind of way (“And there’s George Clooney talking to Stephen Spielberg!”). Now you interview them, and you’re not good at it. “What are you wearing?” and “Are you excited?” and “Good luck tonight!” Are not hard-hitting journalistic tactics. They are just uncomfortable space wasters. Stop it.
Posted by Amanda